The Natchitoches Historic District Development Commission is requesting public comment on two slogans selected to represent the Natchitoches brand. In May, the Marketing Committee of NHDDC sought public input to develop a slogan that celebrates the positive future of Natchitoches, while promoting local businesses, restaurants, accommodations and attractions. “We cannot thank the community enough for their overwhelming response to our request for input,” commented NHDDC Chair/President Van Erikson. “While the submissions were significant, the two taglines selected for this round of feedback appeared over and over in the public submissions,” continued Erikson.

In addition to comments on the slogan, the NHDDC Marketing Committee is asking the public to provide comments on the new logo design. The new logo features the word “Natchitoches” in a scroll-like font with a visual detail under the text. There are two versions of the visual details for the logo. The first, is a fleur-de-lis, which is used widely throughout the city, and the second, is an icon of the State of Louisiana, which helps to identify Natchitoches’ location when using the brand outside of the city.

From now until August 15, 2018, the public is invited to share their thoughts on the two slogans and design options. 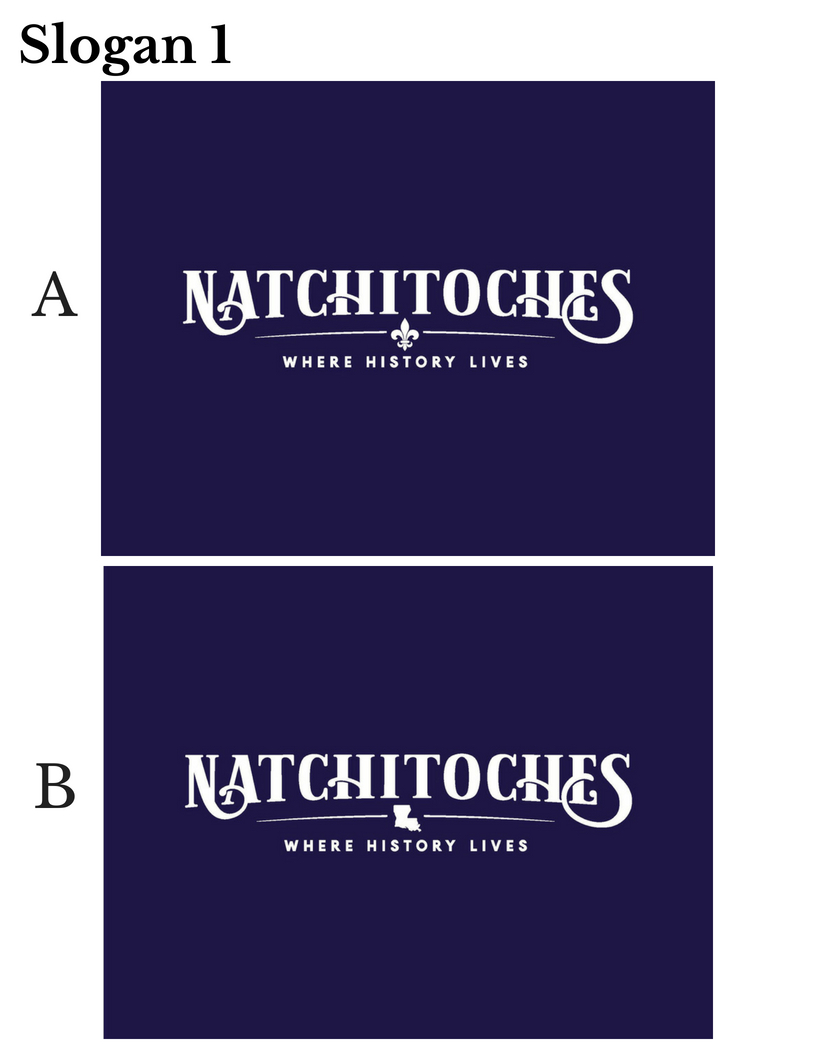 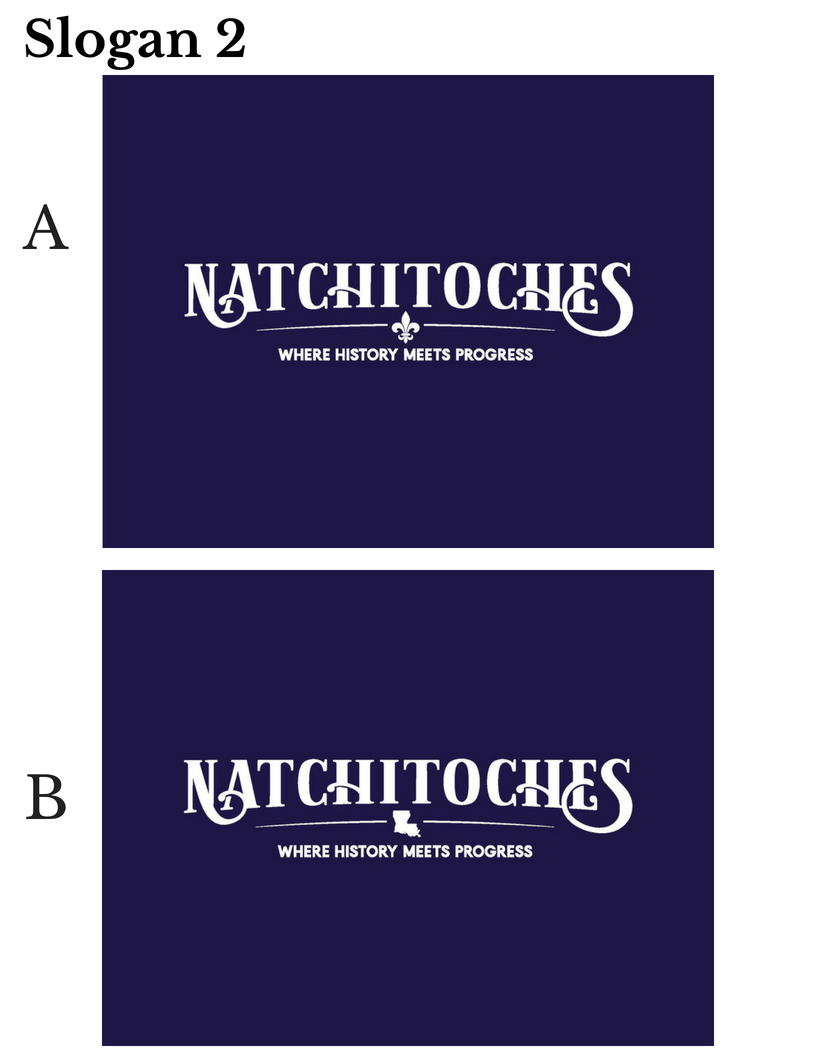